Wow, the last eighteen months has been...interesting as well as challenging.

In May of 2018, I was diagnosed with Stage 0 Breast Cancer. Two surgeries later, the cancer was gone. However, that is not the end of the story. I was late getting into the next part of the experience. I had to have radiation. Intially that was a grueling experience. There was no fear involved except for the pain I discovered I'd have to contend with during each treatment. The treatment itself was a piece of cake...the left shoulder loss of range of motion was not. In order to receive the radiation in the correct spot, my left arm had to be over my head at a convoluted angle. When I went in for the initial set up, they started by having me lay on  my tummy, arm up. I came off the table in tears, I couldn't breathe, and they moved to the next option; on my back, shoulders slightly elevated to facilitate better breathing, and my left arm up in a convoluted angle. We immediately decided I would take a pain pill an hour before each session. Those pain pills got me through the next 6 weeks, 5 days a week.

In the course of receiving radiation, I began to sun burn, then we went way past sunburn to excruciating pain, burning, and don't touch me. Normally breast radiation is done with boobs in the buff. I was their first guinea pig for a plastic bra to be worn during treatment to put that part of my anatomy in the correct position. Have you ever tried to wear plastic over a sunburn...with velcro fasteners? They provided me with a product called Aquafir to put on after every treatment and before bed, but I couldn't have it on during treatment. So morning showers. I think that is why I now have to force my self to get into a shower. When it became obvious the Aquafir was not going to work, they switched to Silvadene and added a petroleum gauze patch to cover the Silvadene to prevent bacterial infection as the the peeling continued. As the peeling stage began to ebb, they let me switch to Deluvian Miracle Aloe Cream. Trust me, it got used frequently.

Today, five months after I started radiation treatments, I still experience heat, occasional pain, radiation induced ridge of scar tissue under the skin and I still go through jars and jars of aloe.

Now, I may have provided way too much information for some folks, and if so, I apologize. Some how saying "I had Breast Cancer and now it's gone." wasn't enough. It's not that easy and it's not that painless. Ladies and gents, yes men get breast cancer as well, I can't stress enough that everyone should do self exams, and get mamograms as recommended by your physician. I got lucky (if you can call it that) and it was discovered early. My oncologist started me out on medication I was to take for the next 5 years at least. Due to the side effects, it lasted a month. And she was okay with that because with Stage 0 DCIS (Ductal Carcinoma in Situ), she wasn't concerned.  But I see her, and my radiation oncologist every 3 months, and submit to a mamogram every 6 months. If there are no reoccurences within 2 years, then I can say, I had Breast Cancer, but it's gone now. Will it come back? It could. I have a family history of cancer on  my mother's side. So, anything can happen. And now that I've had it once, both my oncology hematologist and my family practitioner are pushing me for several more test. They scare me. Having Breast Cancer did not scare me. I'm told I was probably the most upbeat patient they've ever had to work with. It's all about attitude and that you can choose.

So, in order to keep this blog isolated to my experience with Cancer, I'm ending it here. I'll be doing another one later today bringing you up to speed on all the new and exciting things I'm getting involved with. So, tata for now. 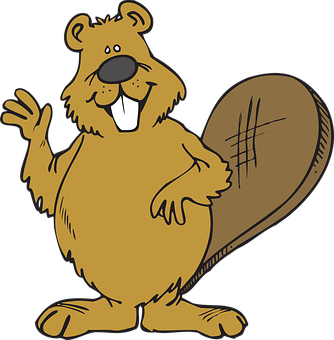